A real winner takes... nothing?

In the first place he was very happy to hear he was the winner and accepted the prize.
We took action and send him the watch, which was received in Germany 2 days later.
After receiving the prize, we asked him to send us a fun selfie, showing that he wears the watch.

Adn then.. something very interesting came into my mailbox a few days later: 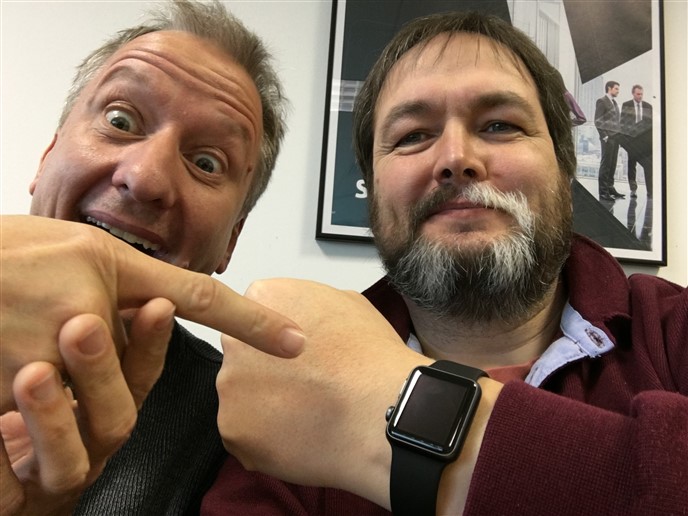 Who's the one on the right wearing the watch?
As a community user, definitely on the Translation Productivity side of the community, you might know who that is..
Paul, our SDL Community guru!

If we can phrase Daniel Brockmann, a very sporty winner: "We decided as a team that it would be best for me to pass on the Apple Watch to the real champion in the community - i.e. Paul, as all things considered, he deserves it most".

We really love the gesture, respect Daniel! And of course lots of respect for Paul who keeps answering up to 250 forum questions every month!

Thanks to both for all your contributions to the SDL Community and thanks a lot for the fun picture!
We hope to see much more like this in the future!