In this release of Studio, public API were improved to make interaction with Studio more easy and more robust.

Based on the feedback we received in the Community we exposed couple of events for: Segment Split action, Segment Merged action. The full list of events will be presented in a separate section of this wiki.

Before starting to update your pluginsto support API Changes, please make sure the plugin is migrated correctly to Studio 2021. More information can be found here.

How to update plugins which have View Parts

In the bellow example we'll update the DSI VIewer plugin to support the latest chages in the Integration API. The view part of this plugin is written using WPF and is a great example which ilustrates how easy the View Parts can be recognized by Studio.

The source code of this plugin is open Source on our GitHub Repository.

Before the API Changes we had to create an Windows Forms Control which had an ElementHost control in which we added our WPF View. 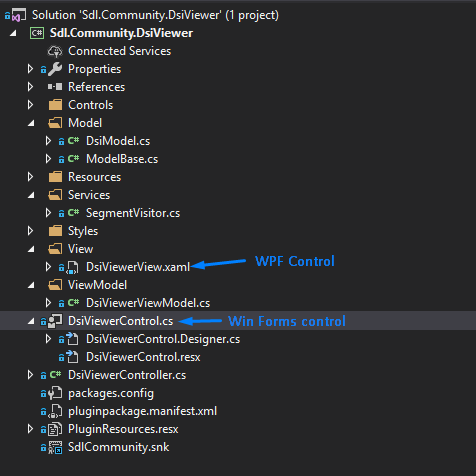 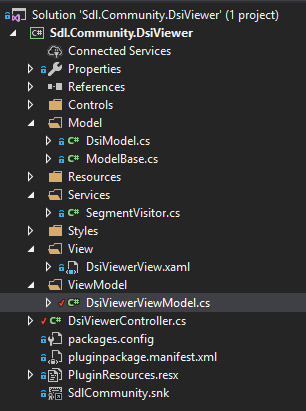 After you change the references to point to Studio16 folder you'll see in Visual Studio following error: 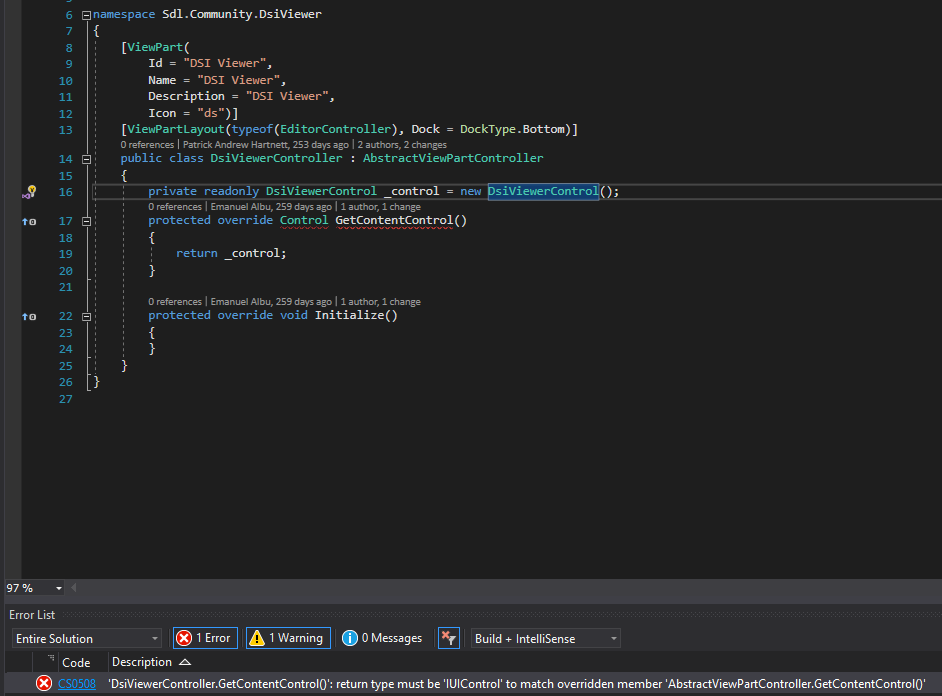 Why this error appeared and how to fix it

In our plugin we use MVVM design pattern, that means we need to add the data context to the view. Before it was added in the WindowsForms Control before settings the WPF control to the Element Host. 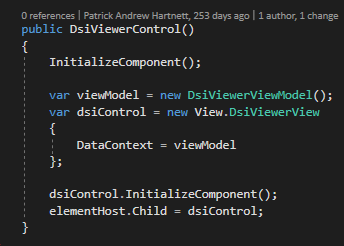 As we mentioned before we can delete the Windows Froms control and return the WPF instead. In the class which inherits from AbstractViewPartController we can set the data context of the view.

At this point the error form Visual Studio console should dissapear and the plugin will be successfully be displayed in Studio.

We exposed two new interfaces in the Integration API  that promotes a testable environment for developers integrating with the Document object.

How to update plugins which have references to Studio Document

If a plugin have a reference to Document this error will appear in Visual Studio:

How to fix it

To fix it is quite simple, you only need to change the type of the object and use the new interface exposed in the API (IStudioDocument)

Based on the feedback we received on the Community we exposed couple of events using Event Aggregator.

In order to use Event Aggregator in your plugin first of all System.Reactive needs to be installed from NuGet.

After the reference is added to the Visual Studio project, include the library into the manifest file:

This event allows user using the API to open the Files View for a specific target language.

This event allows to change the source settings for following properties for a Project:

User can subscribe to SegmentSplit event and it will be notified every time a segment is split in Studio Editor. Following details are received in the event arguments:

SegmentsMergedEvent notifies the user when multiple segments are merged. Following details are received in the event arguments:

CommentsChangedEvent notifies the user when comments on a document have changed, it includes information about :

If the comment was added for a selection in studio: 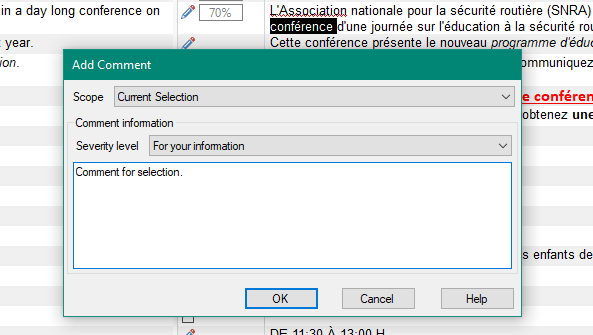 Following information will be displayed by the CommentsEvent: 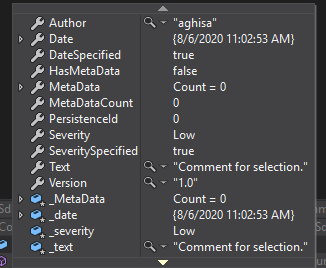 If we are adding a comment to the current file scope and the file does not have any other comments set, the event response will look like this:

If the file already contains comments at the file scope when we add a new comment to the file, we'll receive the list with all the comments from the file scope.

Following properties were exposed in ProjectInfo:

With this new options when a studio project is created using the API project icon and project origin can be set:

How to get the project status and project type

This API allows developers to have a easy access to the following information: 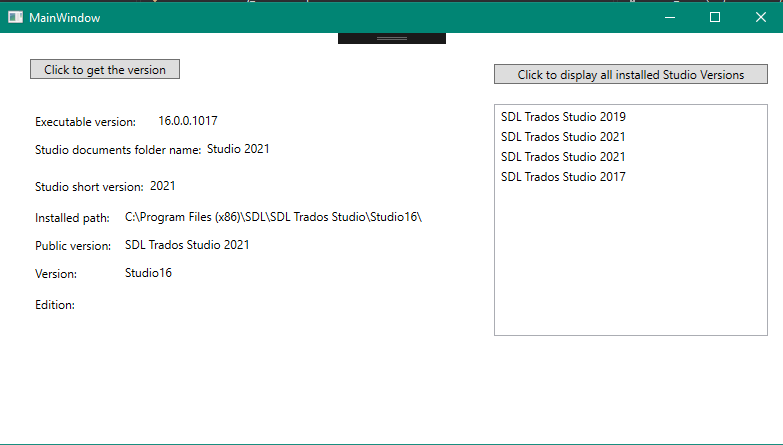 In order to use the new version api in the project you need to add a reference to: Sdl.Versioning.dll.

In the API were exposed 3 new controllers which allows you to add actions in following Studio Views: