How to: create a Translation Memory- after you have finished a translation without using an enabled TM
Show Translation Options

How to: create a Translation Memory- after you have finished a translation without using an enabled TM

When you look at your file in the Editor view, all appears correct and 'confirmed'.

However, the translated source/target segments are not being saved to your TM

You may notice this for instance: when...

...you are translating repetitive text, where you would expect to see 100% matches (or even 'fuzzy matches')!

...when you check your TM and see that there are no new entries!

The most likely cause, will be that the 'Enabled' and 'Update' options are NOT ticked (Project Settings/Language Pairs/All Language Pairs/Translation Memory and Automated Translations) 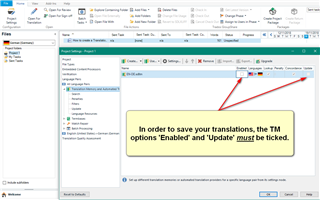 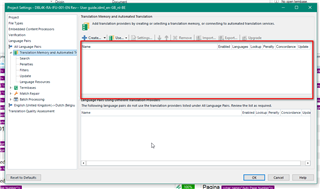 The good news is you can either simply update an existing TM or create a new TM from scratch.

You can also add the TM (new or updated) to the ongoing project. 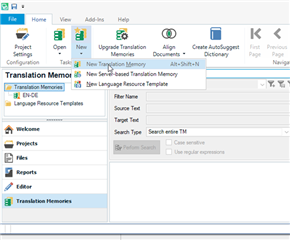 follow the TM wizard, when asked to 'Add Files' you must navigate to your project TARGET folder and locate the SDLXLIFF file 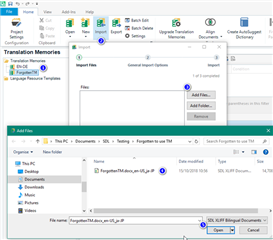 Studio will now import the Bilingual SDLXLIFF and populate the TM 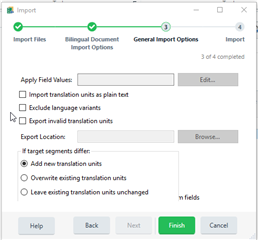 Studio will now import the Bilingual SDLXLIFF and populate the TM for you, to use in future/current projects. 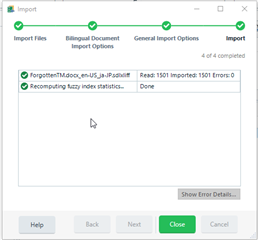